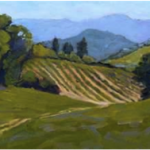 This year’s version took us up to wine country in Northern California to a beautiful retreat center overlooking rows upon rows of wine vineyards. Our focus however was on play and how to use play for spiritual, personal and professional development. Our leaders, Cynthia Winton-Henry and Phil Porter have been studying creativity for the past quarter century and have developed a system of play that integrates elements of body, mind and spirit that they named Interplay. In my latest newsletter going out this week, I talk about the bankruptcy of WorldCom in 2002 and how the newly named CEO, Michael Capellas put together a 100 day plan to begin the company’s turnaround. Central to his belief for success was the recognition that “having fun” had to be a part of the formula. He tells the story of having a tough “into the night” negotiation about some element of the bankruptcy and when things got really tough between his guys and the bankers, he took out some footballs and started tossing them around. Pretty soon, folks were more relaxed and they were able to head off a stalemate that could have led to further disaster. Interplay has a different approach which works to build in a culture of creativity and 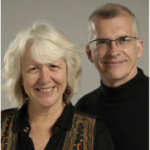 playfulness into the work environment before things get too crazy. It uses tools such as “incrementality” that helps people feel more comfortable about learning things slowly, “internal authority” which supports people trusting their own wisdom in expressing opinions and acting on their belief and “affirmation” which encourages colleagues and friends acknowledging the things we do well. On top of all this is the fact that Interplay is based as an improvisational art form and helps participants learns to do things “on the fly” much as the rest of our lives actually exist. No matter how much you think you can plan things on a daily basis, life just has a way of twisting turns and sudden shifts.

I love vacations that combine the best of relaxation and learning. This one did it for me for sure. My juices are flowing and ideas are flowing like the River outside my door.]]>