I had a second meeting with a new senior leader this past week and as we sat and talked about coaching objectives, one of which was his wanting to be more comfortable when public speaking, that I noticed something interesting about him.

It wasn’t as if he had some respiratory disorder but rather his breaths were rather shallow and his speech was somewhat halting as if he didn’t seem able to get enough air in to complete his sentences. 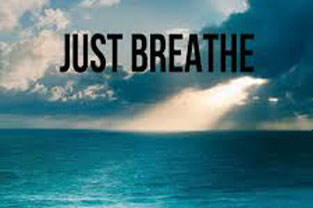 As we had just met, I didn’t want to be too intrusive but my job is to find ways to improve his conditions so I respectfully told him about my observation. He smiled and chuckled and commented that I was quite observant. His firm had sent him to a speaking coach who told him he wasn’t taking full breaths and that was inhibiting being an effective speaker.

He told me he understood the problem and that his nervousness caused him to not breathe fully and that his speaking coach’s ideas obviously weren’t fully working.

I suggested to him that there were two steps we could take to remedy this situation. The first is my that definition of non-clinical anxiety is “excitement without oxygen.” If we don’t breathe fully, our bodies get anxious but if we can reframe that anxiety into adventure and excitement, we can change our mindset. He liked that.

The second step was to introduce him to “upside down breathing” which focuses not on the inhalation but on the exhalation. We practiced this form of breathing for a few minutes and while he wasn’t able to catch his full breath it was better than before.

We had our first homework assignment…Breathe. It’s a great start to his becoming a resilient speaker.

1 thought on “The Breathless Man”