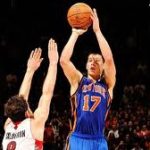 After an outstanding career at Harvard, he wound up signing a contract with his hometown Golden State Warriors where was heralded for his Asian-American roots more so than his basketball play–something that seemed to bother him as he wanted to prove himself as a basketball player. But he was waived by the Warriors and then went onto Houston where he played 7 minutes in 2 exhibition games before getting the send off. It was just this past December that the Knicks picked him up as a third string point guard and he spent his first month with the Knicks playing well for their farm team before being recalled since their players at that position were still rehabbing from injuries. Given that Lin had not played much in his first month, the Knicks were planning to waive him on February 10 but after a devestating loss to the Boston Celtics on February 3, the Knick head coach, Mike D’Antoni decided to give him a chance. 191 points, 60 assists and seven victories later, Jeremy Lin is hot.  He’s on the cover of Sports Illustrated, the New York Post has run out of “Linisms” for their headlines and his #17 Knick jersey and t-shirts have increased on-line sales for the Knicks 3000%. In the talent world, Jeremy Lin would be described as a “diamond in the rough”. Smart, hardworking, focused and committed on improving his craft and a man who works with a sense of perseverance and purpose. 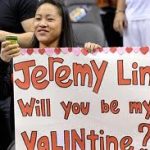 His story, while still new and fresh portrays a great message for both employers and employees. For the boss, always keep your eyes open for that person in the background at the end of the bench who has a secret desire to contribute and who keeps working at it. For the rest of us, keep at it and when your turn comes go for it big time.]]>