newsletter today discussed about the importance of recognizing and acknowledging mistakes and how those errors can be used productively by organizations. But what happens when you screw up. How should you handle it. In an article in the CBS Interactive Business Network, author Kimberly Weisul discusses why it is so hard for CEO’s to admit they are wrong and then why it is so important to acknowledge mistakes. Of course, first and foremost is that their corporate attorneys, hoping to mitigate any damage, while improving the legal side, completely screw up how they are perceived in the market place. And while I am sure that companies may suffer financially from litigation for a quarter or two, losing the PR battle not only means financial problems for a long time but also brand, loyalty and even employee dedication suffer. The exemplar apologies… When Amazon remotely deleted George Orwell’s 1984 and Animal Farm customer’s Kindles without alerting them due to copyright infringement, they did refund the cost but failed to alert consumers to the humor. In a striking irony of having it look like Big Brother did this from far away Amazon’s CEO Jeff Bezos owned up to the errors of his way: [caption id="attachment_692" align="alignleft" width="150" caption="Jeff Bezos"] 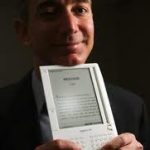 [/caption] “The company’s actions were “stupid, thoughtless, and painfully out of line with our principles.” CEO Jeff Bezos also pledged “to use the scar tissue from this painful mistake to help make better decisions going forward.” On the flip side… [caption id="attachment_691" align="" width="150" caption="Howard Stringer"] 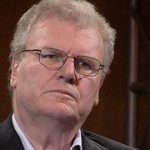 [/caption] Sony CEO Howard Stringer clearly got the lawyer speak down perfectly when Sony recently had to admit that customer data was hacked. The breach affected 100 million accounts and 12 million credit cards. Besides taking a week to address the issue, his apology was pretty lame: “As a company we — and I — apologize for the inconvenience and concern caused by this attack….[We] have teams working around the clock and around the world to restore your access to those services as quickly, and as safely, as possible.” The more I look at this issue, the more I see corporate values as a driving factor in how CEO’s think about dealing with mistakes. While it is probably not fair to compare the Amazon issue with the Sony issue given the implications of both, the results none the less probably reveal something about the corporate cultures of both institutions. Have you ever had to make a corporate apology or been on the other side where you received one?]]>