Last week, I began discussing Robert Cialdini’s six approaches to persuasion or what he calls weapons of influence by covering reciprocation and commitment and consistency. This week, we’ll be exploring Cialdini’s third and fourth tools–social proof and authority. While people clearly go out and shop on Black Friday because there are great deals, there is also the desire to be a part of a community of people who are all doing something that is must be good and correct behavior. Somehow getting out there and battling the crowds makes us one of the legions of cool people who know how to spend that Friday after Turkey day. 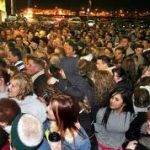 Being persuaded to follow the crowd works in many situations but can also backfire, particularly in the workplace. Beware of situations where groupthink gets everyone on the same page and being afraid of being a non-conformist for not fitting into the expectations of the workplace. As a leader, you want to encourage thinking that is different from what everyone thinks. However recognize that the power of the group can easily direct behaviors that people will adopt. Authority is the most common form of persuasion and for most of us we defer to people in authority. Even authority, over the long term must be earned as a persuasion approach as opposed to just being given. For example, titles, dress and even the kind of car that someone drives bestows a certain amount of authority on an individual, but if there is no real substance backing up their expertise, then their authority and influence will soon wean. 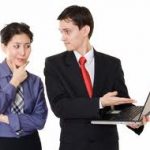 You can put this influencing strategy to work for yourself by backing up your statements with authoritative sources that support your positions.Demonstrate over time that your authority is based on who you are as a person and the commitment you are willing to make to be an expert as opposed to the position you hold in the organization.]]>