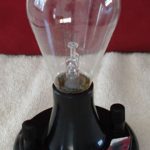 Mistakes are tough for us to take. We view them as a sign of failure. But the reality is that we rarely get things right the first time and that it is only by acknowledging and learning from our mistakes that we improve our performance and success. I recently got a phone call from a client who seemed frantic on the phone. He told me that he had made a major screwup by not “appropriately responding to a call from his company’s regional president”. The day the call came in, he told me, he was working on a proposal that he had recently received and that had to be out later that week. When his regional president asked him to prepare some documents for his review, he explained to him that he was working on this proposal and asked if he could get to it later in the week. The RP told him okay but a few minutes later his boss came in chastising him about putting the RP’s work on the back burner. We talked about what he could do to manage the situation while acknowledging that while he was on target in terms of what needed to get done, he probably did not handle it in the best way possible. In about 5 minutes we came up with a quick solution: We reconnected a few weeks later and he told me that all was good. His proposal response got off in time and he was named a finalist. His Regional President appreciated his quick response and his apology. In fact his RP even went so far as to apologize back to him for making the request since the RP knew he was working on that important proposal. So what’s a game plan for making mistakes… Making mistakes is a part of life. In fact, the more you make, the smarter you get, so go ahead and screw up!]]>