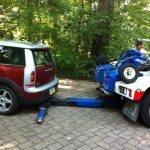 Sunday afternoon rolled around, I knew it was decision time—the keys were lost and I had to get home. I really had two choices—Borrow a car from my brother to drive back to Pittsburgh and return next weekend with the spare key or arrange to have my car towed back to Pittsburgh, a proposition that would cost $500 even with my AAA membership. I ran the equation through my head a number of times… 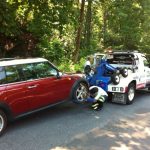 I guess it was that priceless part that got to me as I invoked a maxim that I remembered hearing that my grandmother use to say, “If it’s a problem that can be solved with money, then it is not a problem”.  I chose the towing option and after the hookup and a stop for gas and with my dog Clancy in my lap, Mike the tow truck driver got us home in time for a beautiful Pittsburgh sunset. I felt good about my decision and was particularly proud of the fact that I did not berate myself for losing the keys. I realized I invoked a key optimism strategy that says that when bad things happen, you should not allow it to generalize to all parts of your life. Of course, as you might guess, my brother found my keys the next day. It seems that when we took off our blue blazers at the restaurant Friday night, we somehow picked up the wrong ones and he discovered my keys in the pocket of my blazer when he went off to a meeting that morning. As if that wasn’t enough good news, when I 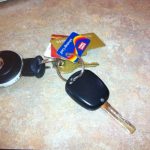 went to check his blazer (that fits me perfectly)  I discovered that my new blue blazer is practically new.]]>