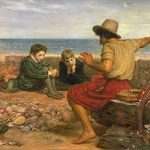 “bones” of our story telling skills. As we were going around the room and working on our stories, one of the members mentioned that she uses storytelling as a way to help her team at work to “replay the tapes” of how they interact with customers and clients following sales and marketing meetings. When she first took over the group, her staff would come back from meetings and would be encouraged or dismayed about how their meeting went. She found that they were bereft of details about what happened and typically resorted to describing how great they were or how crazy the customer was. Neither option pleased her. She told them that she wanted them to begin telling the story of how their meeting went from the time they first set up the meeting to their drive over, entry into the building, their greeting, conversation, interesting things that happened, their expectations met or not met and what the outcomes were. She asked them to present details of the meeting and not just summaries. She used Interplay principles to teach them key aspects of building a story: 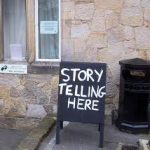 As her staff began to play with the storytelling form, their work reports became more colorful and bold. Her staff began to see how their actions served their goals and where they missed the mark. Instead of having a good or bad meetings, every meeting became an opportunity to learn and of course, it was not long before they were able to apply the story telling skills to their meetings with customers. As my colleague so aptly told her staff,”our work is tough and we need to make sure we support one another by listening and learning from what we do.” Telling stories to friends and families help  us laugh, think and recharge our batteries so we can go back out there and do it all over again, but just a little bit better]]>