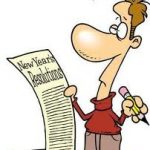 A recent study I saw compared the difference between people who had set goals for themselves and told someone else and a group of folks who set goals for themselves and did not tell anyone. Now, conventional wisdom would tell us that by telling someone that we are committed to a goal, we should have the kind of motivation that would help us through the task. But the researchers found that those people who did not tell anyone about their goal were better able to make incremental steps to achieving the goal than those people who had told others. The researchers suspected that the reason for the failure to follow-through was related to the idea that by telling others that you were going for this goal, we created a sense of accomplishment in and of itself and that when it came to next steps to take in the task, the participants felt like they had already achieved something and lost interest in following up on the actual task. The “no-tellers” didn’t have that sense of accomplishment and therefore proceeded to dig into the task at hand immediatley making progress on their goal. Last year on January 1,2010 I decided to begin writing a blog about the Allegheny River. I live on the River and walk my dog Clancy every  morning and night. I thought it would be cool to record the life of the River (as I saw it) and to use it as a kind 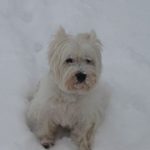 personal spiritual discipline. I distinctly remember deciding to not tell anyone about it for the first month, mostly I thought, to avoid embarrassing my self in case I did not continue it. On Februray 1, I began to let others know about it and kept it up all year long. There is a rule of thumb that by spending 15 minutes on a new behavior over a 21 day period, anyone can change a behavior into something that is more effective and positive. Don’t bother telling anyone but just focus on the change you want for 2011 and just stay with it for the time being and then see who you want to tell. Who knows they may even notice it first? Oh and by the way, if it doesn’t work for you this month, the Chinese New Year, the year of the Rabbit, begin on February 3rd. Have an amazing 2011. © Richard Citrin, All Rights Reserved, 2011]]>